Why hydrogen-electric vehicles matter to our future 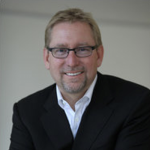 When a driver fills up his or her hydrogen fuel-cell electric vehicle [FCEV] with hydrogen in less than five minutes, and then drives 300 miles to the next fill-up with nothing but water vapor coming out of the tailpipe, it is difficult to not think, “Wow!”

That is the feeling that almost every newcomer to FCEVs has.

Electric vehicles (EVs)and plug-in electrics have been with us for several years now, and consumer familiarity and comfort with vehicles like the Toyota Prius, Nissan Leaf, Chevy Volt continues to grow. The idea of re-charging a car while at work or overnight is quite a normal option, especially in California, which has long led the nation in alternative transportation and energy infrastructure.

Now, joining the revolution to challenge the internal combustion engine’s (ICE) near monopoly on the car and light truck market are FCEV vehicles.

Despite the fact that FCEVs emit zero CO2 in their operation, they still have their detractors. Why? Because the sources of hydrogen we have today to fill up FCEVs comes from cracking the hydrogen out of natural gas and petroleum—the very fossil fuels on which we are trying to reduce our dependence.

But with every innovation and technology revolution, we have to start somewhere. The State of California has mandated that one-third of hydrogen used for vehicles must be derived from renewables, and TrueZero is doing that by sourcing that percentage of our hydrogen from landfill gases—methane. As the revolution around hydrogen grows, we can move to sourcing hydrogen from electrolyzing water with electricity derived from solar and wind. That’s the goal, and this is a beginning.

Plug-in electric vehicles that are powered, for example, by lithium-ion batteries, are not to be bashed. We think that plug-in electric vehicles have their place and are right for some drivers. But battery size and weight are issues with EVs, as is charging time, which can take hours in most cases. And the raw materials to make those batteries is not unlimited and extracted from only a handful of places in the world.

Hydrogen, on the other hand, is literally the most ubiquitous element in the world. Any place that possesses the technology to separate hydrogen from other compounds can have access to energy needed to power vehicles and buildings. And that is nothing short of amazing.

Increasing energy derived from hydrogen–for the U.S., China, or any country– should be the single biggest technological disruption of the 21st century.

Will hydrogen totally displace fossil fuels this century? Of course not. But hydrogen should become a legitimate competitor to fossil fuels as we go forward. At the same time, we must make the electric-grid cleaner by pushing for greater use of renewables to power the infrastructure we have. We have to make fossil fuels like natural gas and coal cleaner to consume.

In short, for the benefit of the planet, and ourselves, we have to do all of the above.

Hydrogen is not itself a fuel. In the case of a FCEV, the hydrogen is able to power the fuel-cell on board and create the electricity needed to propel the vehicle down the road. But this process is potentially cleaner than any other technology we possess and that can be applied to the mass-market.

That’s why hydrogen and FCEVs matter for the future of the planet.