Hydrogen fuel-Cell power: Vehicles, but so much more 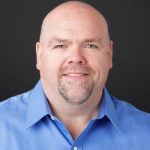 Every time a 2016 Toyota Mirai leaves a TrueZero filling station, and takes its driver some 300 miles to the next fill-up, it’s a step toward growing the hydrogen economy.

What’s that? It is a concept of delivering energy via hydrogen, which is the most ubiquitous element on the earth. It is literally everywhere. Unlike oil and gas, one doesn’t have to look for hydrogen. It is one of the building blocks of the planet, and when we consume it, we are not consuming a finite source of energy. Hydrogen is infinite and clean.

That is why the State of California, which has long been the most progressive state for pushing energy reform and pollution/smog reducing polices, is supporting several hydrogen economy projects like the hydrogen dispensing infrastructure that TrueZero is undertaking.

Advocates of a hydrogen economy talk about its potential for: powering vehicles, boats and farm machinery; stationary power, as in the case of power generators for buildings; and as an energy storage medium (storage of excess electricity that can be generated during off-peak hours to use during peak hours).

How does hydrogen stack up against gasoline and the internal combustion engine (ICE)? The combination of the fuel cell and electric motor is two to three times more efficient than an ICE, according to Dr. Shane Stephens, chief development officer at TrueZero. “The issue that has held hydrogen back is the high costs related to converting hydrogen to electricity, but those costs keep coming down as companies and scientists keep innovating,” says Stephens.

Research by the the U.S. Department of Energy’s National Renewable Energy Laboratory (NREL) suggests that in a “wells to wheels” analysis, Fuel-Cell Electric Vehicles (FCEVs) fed by natural gas can cut greenhouse gas emissions by more than one-third compared with conventional gasoline cars, and by more than half if the hydrogen is produced from bio-mass.

How do we use hydrogen today? The two biggest consumers of hydrogen today are the petroleum industry and agriculture. Hydrogen is used in the production of ammonia, which is used directly or indirectly as fertilizer for crops. The other primary use is in refining petroleum into gasoline, diesel fuel and lubricants.

When a renewable energy source is as plentiful and ubiquitous as hydrogen, innovators will find more and more uses for it as the costs come down.